Inter-American Convention on Protecting the Human Rights of Older Persons 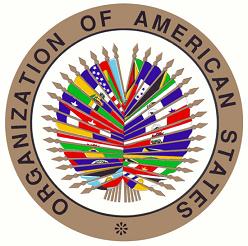 The Americas Becomes First Region in the World to Have an Instrument for the Promotion and Protection of the Rights of Older Persons!

On 15 June 2015, the member states of the Organization of American States (OAS) approved the Inter-American Convention on Protecting the Human Rights of Older Persons during the General Assembly of the institution, which was immediately signed by the governments of Argentina, Brazil, Chile, Costa Rica and Uruguay at OAS headquarters in Washington DC.

This is a major breakthrough in ensuring that people enjoy their human rights in their older age on an equal basis with others.

By adopting this convention, States across the Inter-American region have clearly shown their commitment to addressing ageism, discrimination and denial of human rights in older age and they have recognised that explicit, legally binding human rights standards, and the accountability mechanisms that accompany them, are necessary to do this.

The adoption of this regional convention sets a precedent and strengthens the case for a new international UN convention on the rights of older people so that all of us, no matter where we live, enjoy the same protection of our human rights in our older age. The Sixth Session of the Open-ended Working Group on Ageing (OEWGA) will be held from 13 to 16 July 2015 at the United Nations Headquarters in New York.

Please note that though the Resolution has been passed, it was not endorsed by Canada and the United States of America (see footnote in draft resolution).