Report: In Our Own Words

In Our Own Words 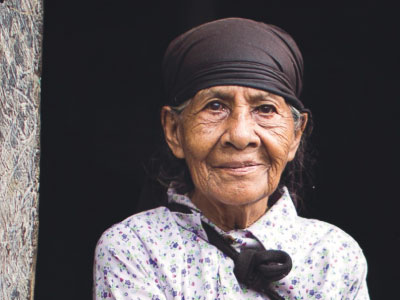 What older people say about discrimination and human rights in older age: A consultation by the Global Alliance for the Rights of Older People

In Our Own Words is a new report from GAROP in which older people talk about the ageism, discrimination and denial of human rights that they are subjected to in their everyday life.

“There is a general ageism still in our culture that devalues older age relative to youth, that expects older adults to be decrepit and demented.” Female, 70-79 years, USA

“I am considered a spent force with nothing left to contribute to society.” Male, 70 -79 years, Uganda

Over two thousand people from 50 countries took part in a consultation to hear how older people are being discriminated against, what impact this has on their lives and why they think this is happening. Whilst a very small number described being treated well, the vast majority said they were treated differently and discriminated against because of their older age. They described being ignored, dismissed, excluded and subjected to violence and abuse.

“The doctor avoids touching me when consulting me.” From a group discussion, Cameroon

The effect this has on their lives is profound. Older people talked about feeling humiliated, invisible, unnecessary and devalued. Some were afraid to go outside, others concerned about their future.

When asked why they thought they were discriminated against in this way, the participants mentioned ignorance, stereotypes and prejudice about older people and older age. A view that they repeatedly expressed was that older people are considered a burden on their families and on society more broadly. They said they are seen as incapable, useless, expendable and obsolete. As a result, older people said, they are being denied their human rights across every aspect of their lives.

This has significant implications for the current debate at the UN on how to better protect and promote the human rights of older people. The deep-rooted ageism and denial of rights across all aspects of  life in older age described in In Our Own Words clearly suggest that a comprehensive and systematic approach to protecting and promoting the rights of older people is required.