Outcomes of the OEWG eighth session 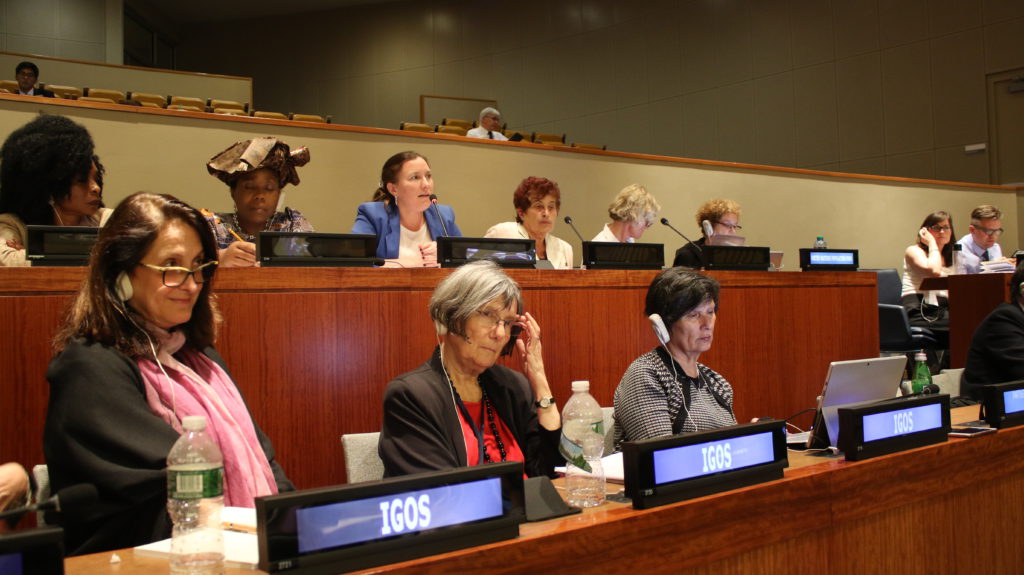 The eighth session of the OEWG took place between 5 and 7th July 2017.  This year a number of National Human Rights Institutions (NHRIs) participated in the meeting for the first time along with Member States and NGOs.  The session included general discussion and substantive debates led by two panels of experts on each of the two areas of rights, the right to Equality and non-discrimination and the right to live free from Neglect, violence and abuse.

In the substantive debates, we heard from experts representing the Office of the High Commissioner for Human Rights; the Australian, Croatian and Polish National Human Rights Institutes; the German government and a former Chairperson of the Committee on the Rights of Persons with Disabilities.  The Independent Expert on the Enjoyment of all Human Rights by Older Persons, Rosa Kornfeld-Matte, also contributed to the panel discussions. In the debate with Member States that followed these presentations, a number of NGOs also presented statements highlighting gaps in existing legal frameworks and making recommendations for normative content for a new convention.

At the end of the eighth session the Chair, Ambassador Moritan, announced that the focus areas of rights for the ninth OEWG session in 2018 will be independence and autonomy, and long term and palliative care. Submissions will be invited in advance of the ninth session on these areas of rights.

Before the ninth session, the Bureau will call for inputs in the form of normative content for the development of an international standard regarding the protection of the rights covered in the eighth session: the right to Equality and non-discrimination and the right to live free from Violence, neglect and abuse. These normative elements will be also be considered and discussed during the ninth OEWG session.

The Chair’s summary of the eighth session is now available on the official UN website.

You can refer to the Proposed Organisation of Work of the eighth session here.

One practical challenge for the OEWG is the lack of reliable interpretation services, which this year resulted in the Thursday 6th July morning meeting being cancelled and the programme being reorganised. This is due to the provision of interpreting services being provided on an ‘as available basis’, which means that the OEWG sessions are not included in the official UN calendar. Many of the NGOs present in New York and one NHRI presented a joint statement addressing this, which you can read here.  There is an opportunity for this issue to be addressed in the annual General Assembly resolution on the OEWG in Autumn 2017 to ensure the allocation of the conference resources necessary for the OEWG to function successfully and fulfil its mandate.

The ninth OEWG session is likely to take place in July or August 2018. We will aim to support GAROP members in their work on the areas of rights to be covered in the ninth session and to build more political support for a convention. This will include a webinar for GAROP members and other interested NGOs with support from the International Federation on Ageing in early September to discuss the outcomes of the eighth OEWG and what this means for our national level advocacy work. 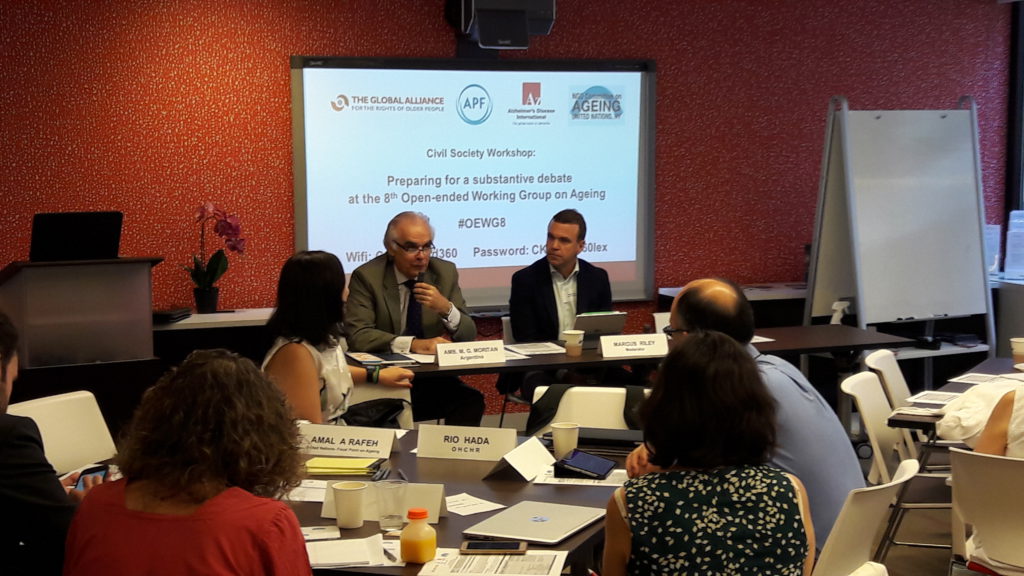 In advance of the eighth OEWG session, GAROP and the NGO Committee on Ageing New York co-organised a one-day preparatory workshop with support from Alzheimer’s Disease International and the Asia Pacific Forum for National Human Rights Institutions. The workshop aimed to prepare participants for the substantive debate on the two areas of rights in the OEWG and provided an opportunity to take stock of developments since the seventh session and consider our strategy for the eighth session.

You can see the workshop programme here.

You can see the slides used by three of the presenters in the workshop’s substantive debate panels here:

NEW! The outcome report for this workshop is available to view and download here.

If you have any questions, please contact Ellen Graham, GAROP Secretariat Coordinator, ellen.graham@rightsofolderpeople.org. 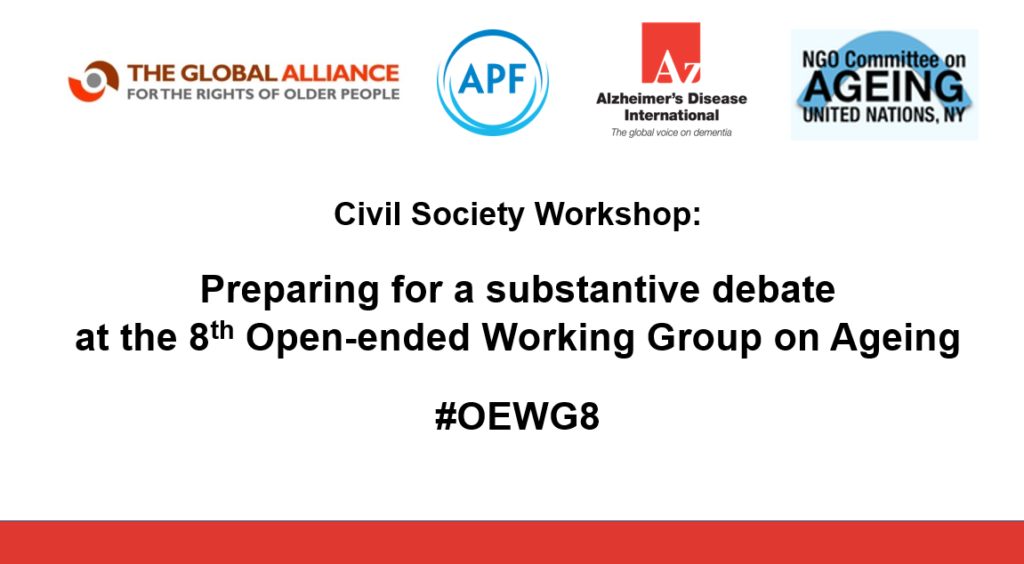